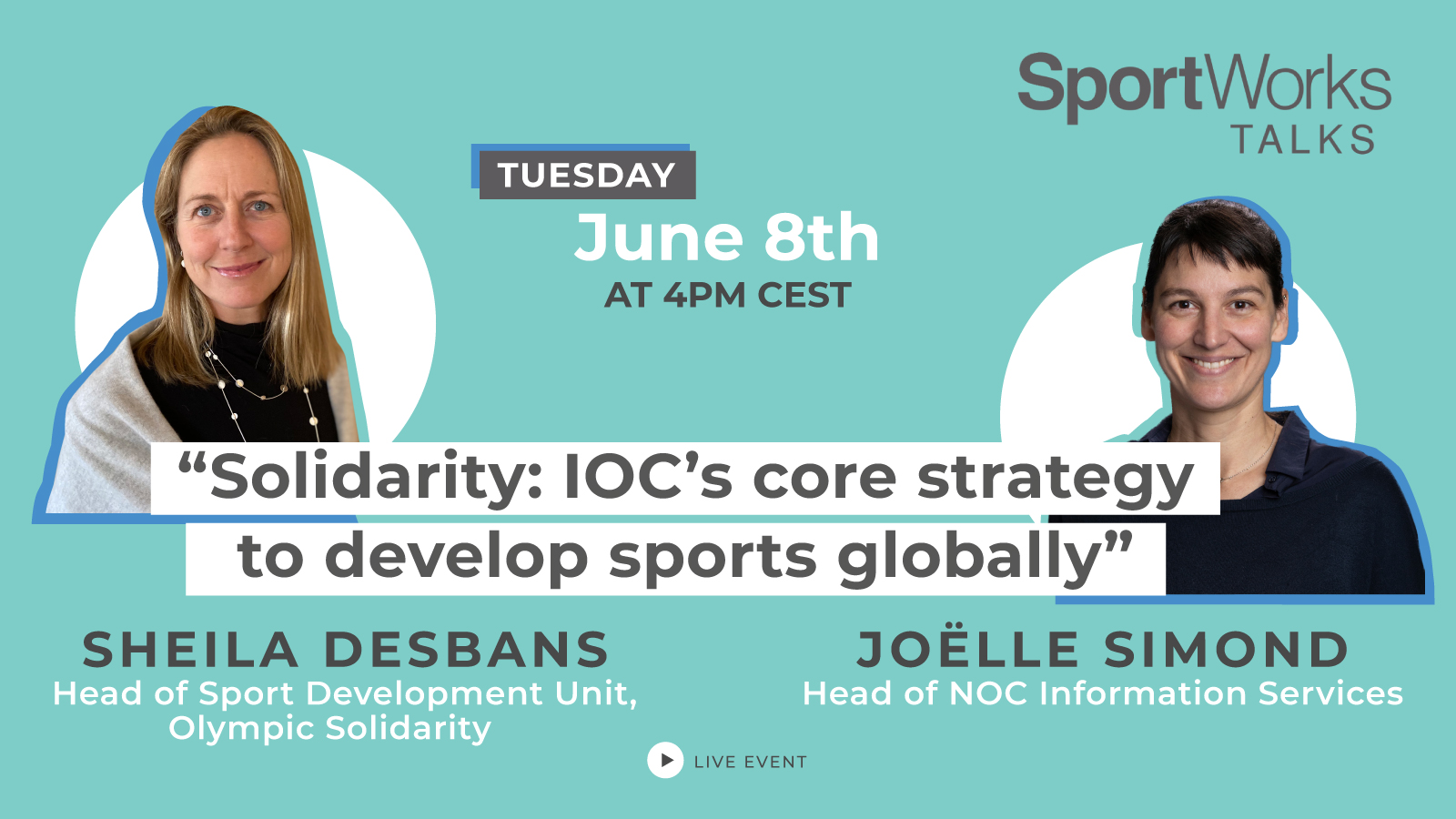 Solidarity is at the heart of the Olympic Spirit, and it is a pillar of the IOC strategy for the Olympic Movement, not only as a value but also as practice. The Olympic Solidarity vision, for instance, aims at providing assistance to all National Olympic Committees (NOCs) for athlete development programmes, in particular those with the greatest need. As a result, collaborations between NOCs are created and sports development is able to occur from grassroots to the elite level. However, solidarity networks are in constant evolution and not all stakeholders of the Olympic Movement are as aware of how they could contribute to more solidarity across the sporting world and even benefit from Olympic Solidarity’s assistance. In this upcoming TALK, Joëlle Simond, Head of NOC Information Services, and Sheila Stephens Desbans, Head of Sport Development Unit and leader of Olympic Solidarity programmes, will share the role solidarity plays in strengthening the sports community to build a better world through sport and the importance of understanding the different communication channels and strategies that exist.