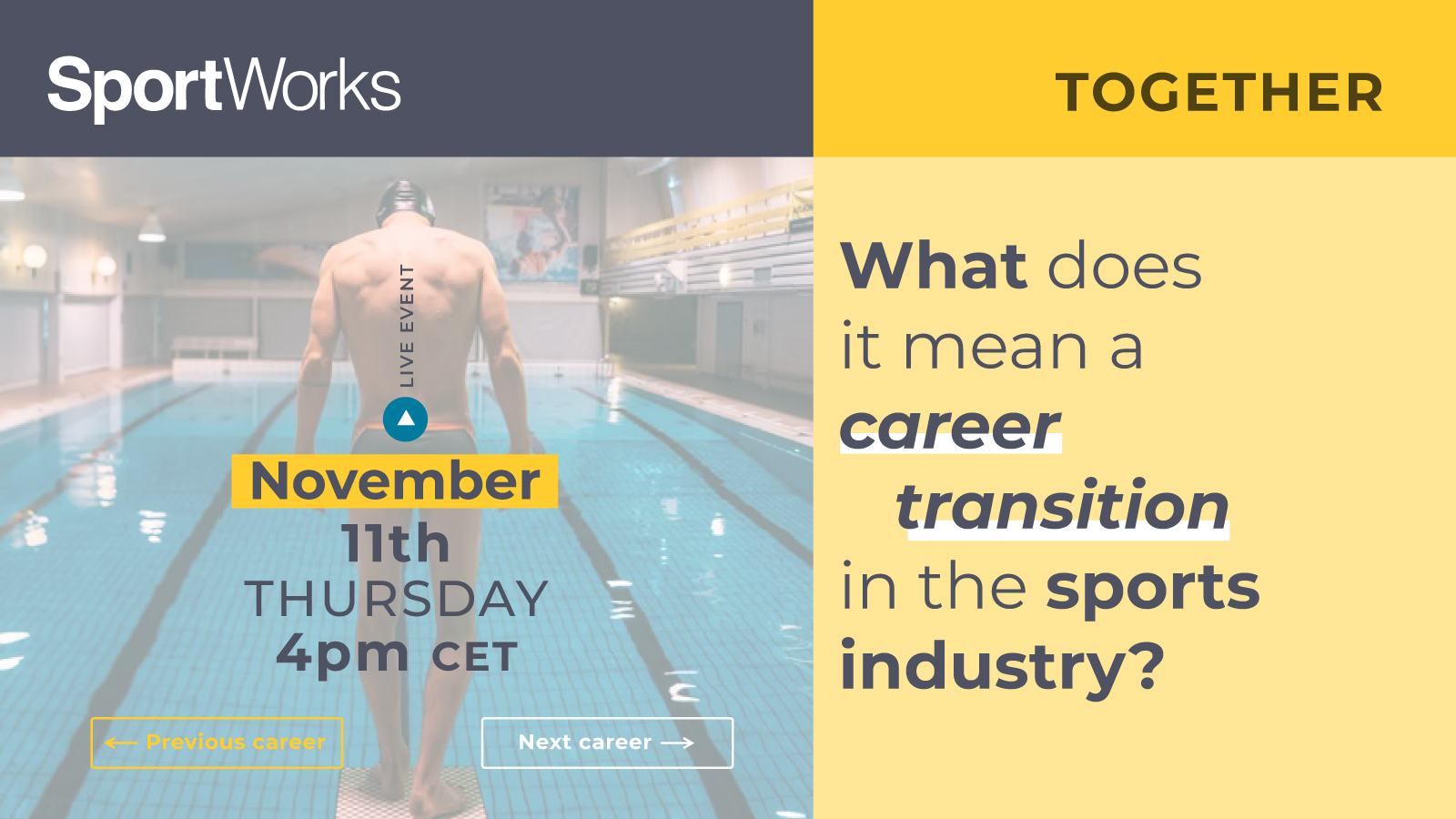 Career transition – or dual career – is a major topic in the sports community. Athletes, for instance, at some point will need to transition to other paths. Sometimes the process starts during the competition years and becomes even more relevant when they are over.

In the same way, any sports professional may, at some point, need to make changes in their career trajectory.

But what does it mean a career transition in the sports industry? What are some possible paths one could take?

In our upcoming SportWorks TOGETHER, we will explore some of these paths through the lenses of people who made the transition.

Professionals who decided to move from where they were to an entrepreneurial, academic, institutional, corporate, or social development career. We will also be accompanied by fabulous mediators to dynamize the talk. Olympic athletes Lina Tailor and Olya Abasolo, professional volleyball player Pauline Alves, and the entrepreneur’s Flor Elbers and Ali Boukhatem.

After the presentations, participants will have the opportunity to discuss with each other and with the speakers how to build a successful and fulfilling career transition in sports.